In 1942 we had orders to transfer to PAIFORCE. This meant the whole C. R. E. 2 Airfields organisation mustering in Cairo and travelling by road convoy across the Suez Canal and making our way up the Sinai desert to Palestine into Jordan and Iraq and across into Persia. A really adventurous journey.

Before going the Adjutant managed to “wangle” a buckshee three-ton truck. As there was to be a send off parade and farewell salute in front of the Brigadier the Adjutant detailed Sergeant Foster and two others together with the three motor-bikes which were also to be smuggled out of Egypt under a tarpaulin on the three tonner to drive out miles on the canal road and await the convoy.

Sergeant Foster an old hand was known to the Brigadier as a boy soldier from the pre-war days in Chatham. He actually asked where he was. The Adjutant a brevet Major also from the same crowd mumbled hurried excuses. The Brigadier was not fooled so easily, he sent his condolences and hoped Foster would soon be well and out of hospital. As soon as we crossed the Canal we reached the new ‘ribbon’ road recently constructed. I volunteered to ride one of the motorbikes all the way to Haifa. A thoroughly happy carefree ride under the scorching sun. We had instructions not to halt on the road, as it was possible the weight of the heavy vehicles could punch through the very thin layer of bitumen mix laid as a carpet over deep sand. The next several days I had painful sores from sun blisters as large as half-crowns on the top centre of each thigh, which had not been covered by my shorts.

After we left Haifa to wend our way across the lava desert in to the Holy Land the bikes found their way into the back of each section truck. 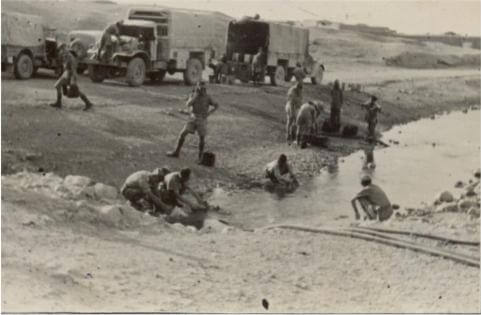 We passed through Jerusalem, saw the cave where Christ was said to be buried/entombed after his crucifixion, Visited Nazareth and generally took a lazy time driving through the Holy Land, The officers were very intent on seeing as much as they could and this was all right with us.

The weird and wonderful drive through the maze of tracks through the desert of lava rock was an experience I shall always remember. The next slice of drama was crossing the old bridge of boats across the Euphrates. I found myself in the cab of “waltzing matilda “the Chevrolet tilt truck. The driver was a young chap, Clampton from Brum. A nice lad but a poor driver and very naive. The truck got its name because it roamed all over the place; the steering had a sick headache. The method for crossing the bridge was to drive slowly up to a ramp and drive over wooden sleepers placed on boats that had been lashed together. As each pontoon boat was reached it sank alarmingly under the weight of the vehicle. One had to keep a steady speed to allow for the seesaw motion of the pontoons as they took the weight of the vehicle in front. We were in the middle of the convoy and all seemed to be going well though we all must have felt apprehensive at crossing so great and wide a river in such a strange manner.

Young Clapton drove up the ramp, lined up the truck with great difficulty and then froze. He just sat there and I could appreciate how he felt. A vast expanse of swirling muddy brown water below, a rickety bridge with no parapet, only wooden ‘sleepers’ on a swaying pontoon bridge on which to drive; the other side of the river seemed miles away across that deep, deep dark water. ” You drive Sarge,” he begged. I realised then he couldn’t do it. But could I? I had to. He would not get out of the truck to change over. He was too scared to move. I had to clamber over him and push him back in to the passenger seat. I suffer from vertigo but there was no time to think of such things. I drove across with precision, at the right speed and scraped the wooden guide rail of the bridge not too often. I did it because it had to be done. 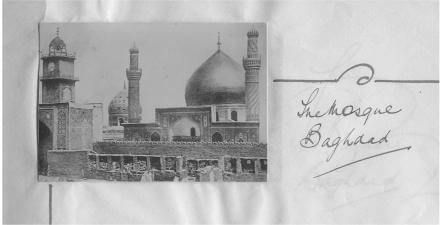 We had a good look around Baghdad but did not stay long, The Rashid troubles in Habbaniyia, the large Royal Air Force base in Iraq that had so recently seen a coup/rebellion made us move into Persia more urgently than we need have done. The whole convoy crossed into Persia at the border town of Kanahquin and moved up into Kermanshah where we parted company with 76 Section under Captain Chattoe, the rest of the convoy moving on to Hamadan (the old Echbatana of the bible). It was in Hamadan that we made our headquarters for the C. R. E. and where No. 78 Works Section under Captain Kassell staying in the area with the Lieut. Colonel Chevis the Commander Royal Engineers headquarters. The third works section No. 77 headed by Captain Tolhurst moved on to Takistan. It was during the journey in to Persia that we saw the marvellous rock carving of Bisitun, the work of King Darius the Persian warrior who was out manoeuvred by Alexander the Great and who lost the Persian Empire to Alexander. 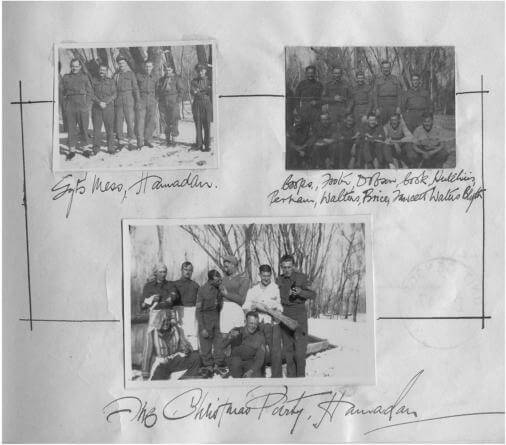 Reza Khan, later to be called Rezā Shāh Pahlevi staged a coup in 1921 with British help to over throw the Qajar Dynasty, which had ruled Persia for several generations since the eighteenth century. Reza Khan had been a sergeant under the Army Commander His Highness Prince Abdul Hossain Mirza Farman-Farma.

In the early nineteen hundreds the Prince Commander acquired a German maxim machine gun – a prized possession. He needed someone to be in charge of this heavy weapon and cast his eye on a six-foot three huge illiterate sergeant serving in his household guard.

The Qajar Army Commander Prince promoted this saturnine man of savage temper and great ambition as an officer. He was known among the troops as Reza Khan-i-Maximi.

Over the years Reza Khan proved himself a brave and ambitious man. He was greatly feared but respected by the Royal Palace Guard regiment – he was also full of ambitious ideas for himself and for Persia.

In the autumn of 1920 the provinces were in disorder and the Qajar Shahs in disarray. In the north the New Soviet Union was gaining influence and the British Government needed to keep a grip on her interests in the oil rich country. Realising the army was a real power in Persia, Britain sent a famous soldier General Ironside to Tehran to find a candidate for the role of puppet dictator from amongst the military. General Ironside found his man, now a six-foot-three Colonel towering above his fellow officers in the superior classic Palace Guards, Reza Khan.

In the early hours of 21st February 1921 Reza Khan now promoted to the rank of general rode into Tehran with three thousand men. He was not resisted. He arrested the entire cabinet, confronted the young frightened Qajar King, Ahmad Shah, to appoint him commander of the armed forces. He installed a new prime minister, a liberal journalist named Sayyid Ziya Tabatabai, who had been pro-royalist during the civil war, pro-German in the Great War and by now opportunistically on the side of the British.

This new prime minister cockily started arresting many of the prolific Qajar nobles against whom he had a grudge. He arrested the eldest son of the Army Commander Prince Abdul Hossain Mirza, who had previously promoted Raza Khan from a sergeant to an officer. When the Prince went to Shiraz to Raza Khan’s headquarters to plead for the release of his son Prince Nosratdoleh the new prime minister Sayyid Ziya was also present and arranged for the now old Commander Prince Abdul Hossain Mirza to be thrown into prison too.

The antics of Sayyid Ziya displeased Reza Khan and horrified the British by arresting too many highly placed Qajars who could not at this time be dispensed with; they were needed to assist Reza Khan to run the country and sort out the chaos that still existed in the provinces. Reza Khan asked the weak young Shah to appoint him War Minister and three months after the coup Sayyid Ziya was politely advised to resign and was given refuge in (British) Palestine.

The once ambitious army sergeant Reza Khan Maximi had other ideas. Now he wished to be the top man in Persia. In 1923 the ruling Shah, Ahmad Shah Qajar, at the request of the Majilis appointed Reza Khan Prime Minister, packed his bags and travelled to France in abdication, thus ending a century and a half of Qajar Rule.

Two years later in 1925 the Majilis set up a bill to end the Qajar dynasty and give the former gunner sergeant dictatorial powers. There was little opposition, only five members dared to protest against giving the prime minister supreme power. One was the nephew of the Commander Prince Addul Hossain Mirza Farman-Farma, a Dr. Mossadegh.

By the year 1926 Reza Khan took the surname “Pahlevi” and elevated himself by crowning himself as Reza Shah Pahlevi and sitting on the Peacock Throne.

From then on Reza Shah began building a strong army and establishing a firm base. He also established a large fortune and confiscated huge land holdings from the Qajar nobles. He also brought in legislation to modernise Persia and the people. In this he did much good and modernised Persia / Iran over the years up to the Second World War. The Government in London had been fairly pleased with their dealings with him in British interests in the oil fields around Abadan. As the European war moved towards the east, Germany invaded the Soviet Union in early 1941. The Persian government – Reza Shah – assured the Allies of his neutrality. Britain and Russia did not trust him to safeguard their oil supplies nor to guarantee Russia’s supply route through Persia would not be cut off. In the early light of 25th August 1941 the Allies invaded Persia from the north and from the south.

The great new national Persian army that had been built up with vast amounts of money over the years Reza Shah had been in power, started to fall apart. By September Russian and Allied troops were strolling on the streets of the major cities. The Persian Army melted into the countryside and home. On the 16th September 1941 Reza Shah signed his rights away abdicating in favour of his son. He disappeared from the scene. The son. Mohammed Reza Shah was sworn in before the Majilis. The Allies installed themselves in major strategic Cities in Persia and Mohammed Reza Shah made every effort to placate their recommendations.

Thus was the state of affairs when we arrived in Hamadan in 1942. 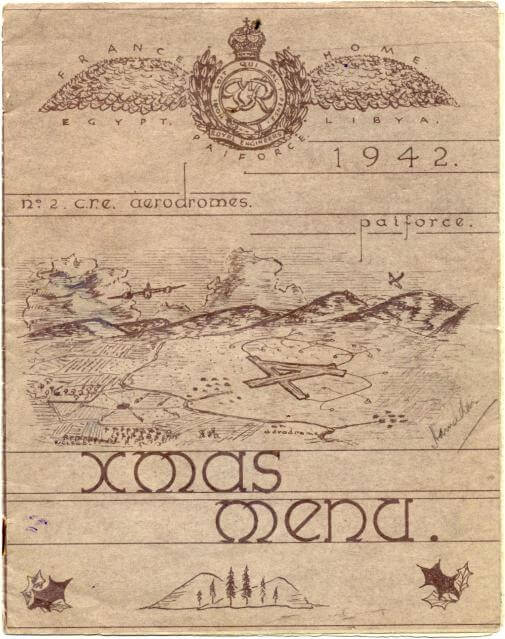 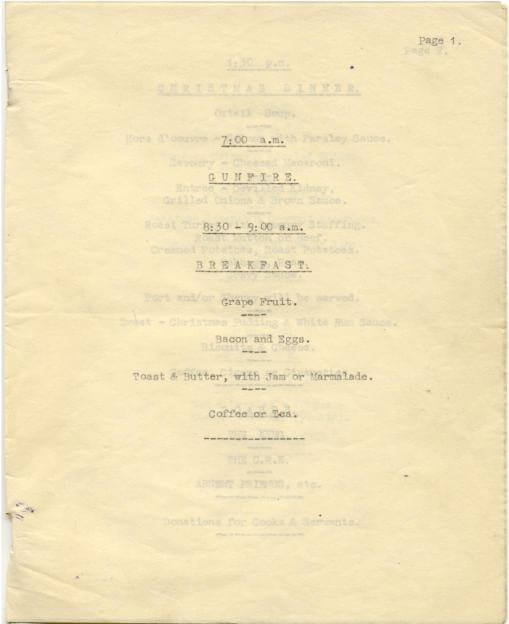 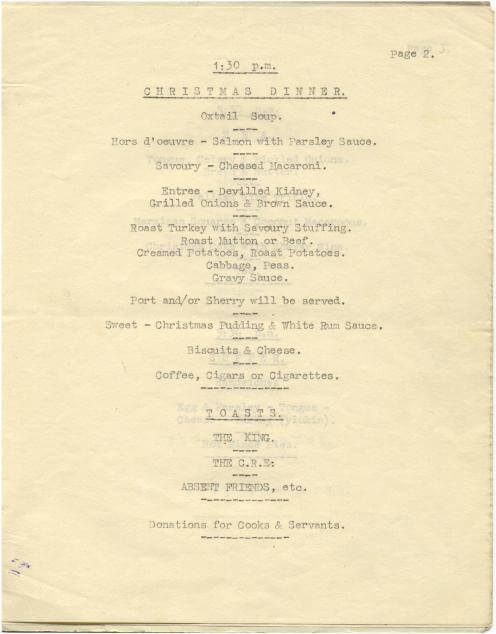 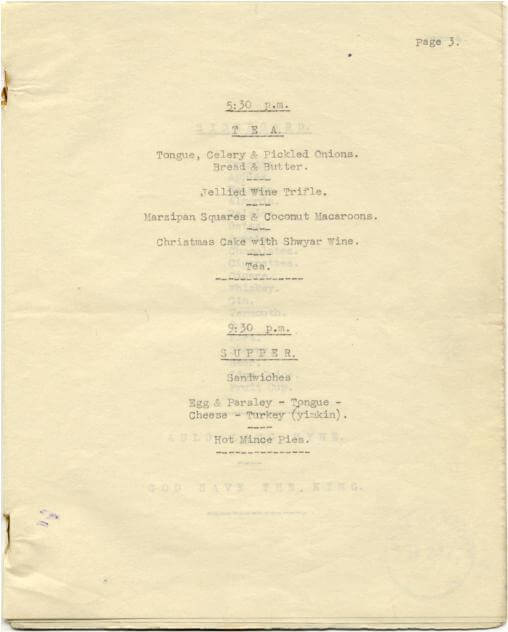 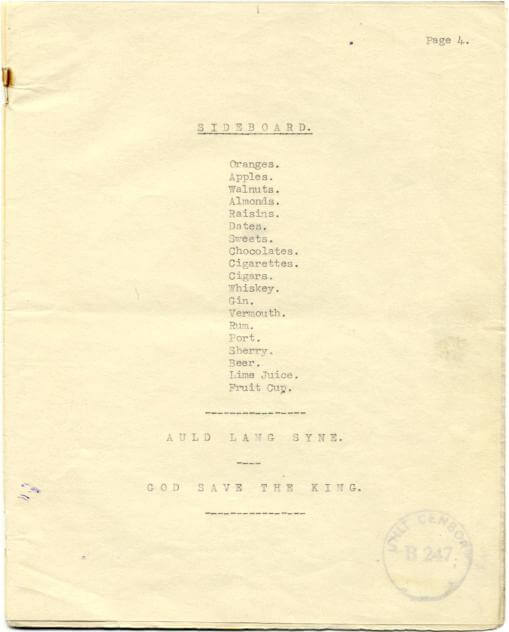 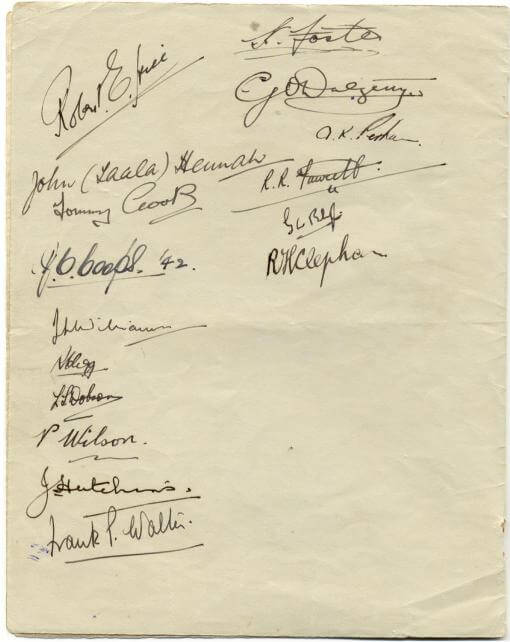